The Rose from the top

I live in the second cum top floor of an apartment. There is a small patch of land in fornt of the building. The ground floor residents normally take care of this piece of free land for gardening or something else. The ground floor residents of my building had started planting some seasonal flowers last year. Their enthusiasm has died down. Its now all full of weeds and grass, with few young trees of Mango, Papaya, etc. Nevertheless it is still all the same beautiful. A green carpet on the land. Well, my neighbourhood, or rather the colony I live in has a leisurely landscape - relaxing, spacious and green.
When I come back from office, I watch down from my balcony for a bird's eye view of this piece of land. It soothes me. In fact, when the gardening in this piece of land was in process by the ground floor residents, it was not so beautiful. half ploughed land, few saplings, patches of manure lying here and there... an untidy mess. Then the saplings started growing in rows. The green rows on brown field from looked very artificial from the top. Then came flowers. Beautiful, it looked.
By this monsoon, all the plants have died. The aboriginal grass and weeds have covered the land. There is no beautification, but it is now more beautiful than the garden. Nature knows wonders.
Today when I looked down in the evening, I discovered a single rose trying to pull itself amidst the mass of green. An off-white rose. Lonely. Beautiful. Natural.
Posted by Somesh at 8:42 AM No comments: Links to this post

Flowers never Bend with the Rainfall

There is something wrong! I am getting a feeling of it. All of a sudden when I left my desk at the office, the feeling crept in. I don't know what is wrong, but still something is. I don't feel like doing anything. Just laid idle on the bed for half an hour in the evening, then thought of watching a movie - something that might elevate my spirits, but ...

The mirror on my wall
Cast an image dark and small
But I’m not sure at all it’s my reflection
I’m blinded by the light
Of God, and truth and right
And I wander in the night without direction

(It’s) no matter if you’re born
To play the king or pawn
For the line is thinly drawn between joy and sorrow
So my fantasy
Becomes reality
And I must be, what I must be, and face tomorrow ...
(Simon & Garfunkle)
Posted by Somesh at 12:32 PM No comments: Links to this post

In our office, we have a man, who has started a pre-school in a locality where most of the residents are not able to pay fees of a pre-school. It is not an amazing deed or astonishing fact, but very very commendable, though. The fact that is more straiking is that the man has a bad reputation in office for being lazy and avoiding official responsibilities and thrifty. I am not a close one with him, in fact, I hardly know him. So I don't have any opinion regarding his persona.
This evening, I met him in a common friend's house. He kept on talking about his school, his endeavor, his wife, who is the backbone of his efforts. His wife is now running the pre-school with two other employees and giving education to a lot of 33 kids. The school is runnning for just two months. He was confident, he'll be able to persue the riches of this locality to have thier kids in his school and show that good education can be given at low price.
This seems a good approach!
Education today has become a booming industry. I have read in old novels - teachers were the poor lot, may be just thirty years back. In fact almost half a century ago from earning point of view teaching was equivalent to a profession of porter or rickshaw-puller! Now, one of my friends had started a coaching class for competetive and aptitude examinations after completing his graduation in engineering. He is now earning more money than many of us. It is a lucrative profession now. The most important aspect of teaching in an institution is that one can earn good money without actually avoiding responsibility if he can tackle his conscience. You get a good salary, you teach a class, you don't bother who is learning, who is not.
The most vital point is that you cannot bypass this education industry. You have to have a stamp - a degree, or a certificate, or you are out of the race. Very few have the guts to defy the importance of formal education, sorry, rather - formality of a stamp of education. There are institutions, where you can get a degree by just paying a negotiable amount! The sad part is that without that sheet of paper stating that this fellow is educated, an education has hardly any value to an individual.
There are few noteworthy human beings, who had defied the formal education system and curved a niche in society. But in most of the cases, they avoided formal education not by choice, but by circumstances. The point I am trying to show is that formal education has a very big dominating effect on society. It is hard to avoid it. And this is the aspect the opportunists are exploiting. They've made an industry out of it. You pay money, you'll be certified as educated; don't bother what education means or what education is.

Lets hope, our colleague can keep up his spirits.

But then how much is the need of a pre-school for a kid to grow up?
Posted by Somesh at 12:39 PM No comments: Links to this post 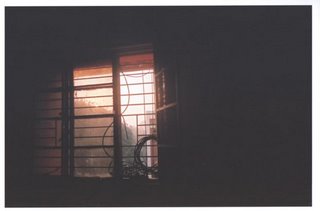 (by Otis Redding)
Posted by Somesh at 2:20 PM No comments: Links to this post

Too short a lifetime

There are so many things to do.
A lifetime sometime seems too short. So many books to read, so many movies to watch, so many things to write, so many pictures to paint...
I am not talking about all books or movies, but only those which have overcome the oblivion of time - classics or nearly-classics. I am surely not worthy for all of them, but still the small fraction of them which I may cherish are too much!
But there are something beyond them, which have been left unnoticed by a majority due to some odd rasons. Lack of publicity is one of the reasons. In today's world, where that, what is publicized, is good, for a novice reader or movie watcher like me it is a difficult job to distinguish the good from middleclass.
Someday I'll make a list of my wishlist.
Posted by Somesh at 2:13 PM No comments: Links to this post

Sunshine on my shoulder - Rain on my back!

There should be a limit! I'm talking about the whimsical mother Nature. It started raining again. For last two months there had been almost a continuous downpour. No sunshine.
Finally last monday I was overjoyed to see the Sun peeping through the gloomy clouds; and today morning when I woke up, my veranda was bathing in cheerful sunshine. Amazing. Glittering greenery greeted me. Everything outside seemd to be rejoicing in harmony. With my cup of tea, I watched the schoolvan coming and picking up children from the neighbouring houses, the milkman coming on his noisy bicycle followed the newspaper hawkers. Everything in a rythm that was missing for last couple of months; or may be my vision was too clouded to discover the rythm.
'Sunshine on my shoulder, makes me happy ...' I never realized that sunshine was so sweet! It was a great start for the day; and morning shows the day.
Sometimes proverbs fail so miserably that we feel dejected for ourselves. The Nature changed its mood in an exponential pace! The clouds overpowerd the Orb before noon and in the evening - the usual drizzling.
Now its almost evening. My veranda is all wet from rain. I am sitting in front of the window, watching the gloomy ruthless Nature. Walls of my room are still damp. The damp smell sometime strangles me. This is where the genesis of pessimism lies.
To hell with rain ...
Posted by Somesh at 9:04 AM No comments: Links to this post

on a easychair on the veranda

A porch or balcony, usually roofed and often partly enclosed, extending along the outside of a building.

Veranda - the link between inside and outside. Let me be at the veranda and have a glimpse of this beautiful world.
Posted by Somesh at 1:44 PM No comments: Links to this post